Every two years the VCBM group awards the Karl-Heinz Höhne Award for Medical Visualization (medvis-award for short) to a young scientist in the MedVis field. Candidates for this award focus their innovative research on visualizations clearly related to medical questions.

The official website has not been updated yet, but we have received a tip from Frank Heckel that there has been a press-release announcing the winners (in German). Last year at VCBM, three contestants got awarded for their medical visualization work: 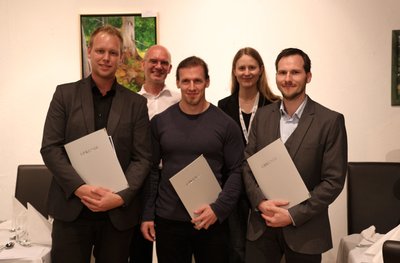 We would like to congratulate the winners with their well-deserved awards!