The Visualization Group at TU Wien (Austria) has an open PostDoc position in Computer Science in the area of (Medical) Visualization and Visual Computing. The successful candidate will be involved in research and teaching activities of the group and will be able to pursue her/his research interests.

The position is for a duration of 6 years, with an earliest starting date in September 2020. The application deadline is the 13th August 2020. Please check out the official announcement for further details.

The team at Linköping University, Sweden is recruiting a a post doc for brain imaging research related to brain-gut interactions in Irritable bowel syndrome.

They offer a possibility to work in a multidisciplinary team, which has been investigating brain-gut mechanisms in Irritable Bowel Syndrome (IBS) since many years. The team has been using structural and functional magnetic resonance imaging, including MR spectroscopy together with clinical data, analysis of gut barrier function, blood samples, and questionnaires on mood and behaviour. In 2020, they are planning a new intervention study. If you want to know more about the project, you can contact Maria Engström (maria.engstrom@liu.se) or Susanna Walter (susanna.walter@liu.se) for more information. The application deadline is the 21st of February, 2020.

Thanks for the tip, Daniel Jönsson!

Our Visualising Medical Heritage Project brings medical history to life and enables enhanced access to our museum collection through cutting edge visualisation technology. Join us for a series of events where we will explore the different potentials of visualisation, combining medical history, science and the creative arts.
This workshop looks at the wonderful world of VR. From 3D digital modelling to VR headsets and Minecraft, find out how new technologies are helping us to bring our medical heritage to life.
We’ll also be joined by Holoxica Ltd and The School of Simulation and Visualisation at the Glasgow School of Art – they’ll be demonstrating some amazing, new technologies which explore imaginative uses of 3D digital visualisation and interaction technologies.
The event starts at 6:30pm and is suitable for adults and children 12+
Venue: Royal College of Physicians and Surgeons of Glasgow
Book here – https://rcpsg.ac.uk/events/HERITAGEVMH230519-2019-05-23-121

The first ever volume of Biomedical Visualisation is out now. We have several more volumes to come out over the coming months, so keep an eye out for that. 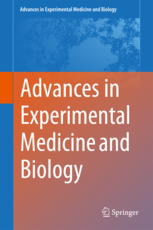 I have an exciting opportunity to contribute a book chapter to the book volume entitled Biomedical Visualisation, Springer International Publishing, of which I am Editor. This will be within the Advances in Experimental Medicine and Biology series. I am looking for those involved in using technologies to improve our understanding of the human body, related biological processes and educating via technological methodologies. Volume 1 and 2 are out soon. Contact me if interested with a proposal.

Here are the links for Volumes 1 and 2:

The Eurographics Association organizes a biannual competition to acknowledge the contribution of computer graphics in the medical field, and to encourage further development. Originally called “Eurographics Medical Prize”, the competition was renamed to “Dirk Bartz Prize for Visual Computing in Medicine” in 2010 — in honor of Dirk Bartz who passed away far too early in March 2010. Dirk Bartz was a highly
recognized and enthusiastic scientist, teacher and promoter of Visual Computing in Medicine.

Submissions to the Dirk Bartz Prize for Visual Computing in Medicine 2019 are being invited from researchers and developers who can demonstrate that a particular benefit in a medical application has resulted from the use of visual computing technology that they have produced/developed. Submissions from all areas of visual computing — examples include the use of new data visualization techniques, interaction methods, or virtual/augmented environments are welcome. Entries typically summarize a body of research and/or development that has been conducted over the course of a project, PhD thesis, etc. and particular weight is put on demonstrating the medical impact of the work.

The submission deadline for next year’s award is January 25, 2019. Please find more information on the official webpage.

We have a very exciting public engagement (adult only) event called Night at the Museum of Anatomy – Past, Present and Future. It will be held from 18:00-20:00 on the 27th September at the University of Glasgow with partners from the Royal College of Physicians and Surgeons of Glasgow, the School of Simulation and Visualisation, The Glasgow School of Art, the NHS and featuring anatomical, historical and pathology specimens from our Anatomy Facility, as well as body painting, at the University of Glasgow. Click HERE to find out more and be sure to register fast to guarantee your place. It is set to be a very popular event!

Good times for medical visualization here in Norway, as we are hiring 3 PhDs and 1 PostDoc in medical visualization currently! The visualization research group at the Department of Informatics of the University of Bergen, Norway (UiB), is seeking motivated and capable new PhD students who wish to pursue cutting-edge visualization research in a stimulating and dynamic international environment. The PhD positions are for a fixed-term period of 3 years with the possibility for a 4th year with compulsory other work (e.g. teaching duties at the Department). The PostDoc position is for a period of 3 years. All of these positions are financed partly by the Bergen Research Foundation (BFS) and associated with the newly established Mohn Medical Imaging and Visualization Centre (MMIV).

More information on these excellent job opportunities is available from the job openings page. The application deadline for the PhD positions is the 1st of August 2018, so do not delay and prepare your application! You can apply directly via the Jobbnorge announcement for the PhD Positions. The PostDoc position will be announced shortly.

Watch our Invited Speaker David Sime, talk about digital technologies from a marketing perspective in education. This was part of the 11th Annual Learning and Teaching Conference at the University of Glasgow, 28th and 29th March 2018.

Watch the full Keynote by Professor Paul Chapman, Head of the School of Simulation and Visualisation, The Glasgow School of Art, talking about “The Pros & Cons of VR for Learning & Teaching”. This was part of the 11th Annual Learning and Teaching Conference at the University of Glasgow, 28th and 29th March 2018.