Update: The slides of all talks are now available here!

MICCAI 2015! This year, MICCAI (International Conference on Medical Image Computing and Computer Assisted Intervention) takes place in Munich almost during the Oktoberfest. Sauerkraut, Weißwurst, Beer, and Science. What a great combination! The first day, MICCAI started with a few satellite events. Among these events, for us most relevant: the Tutorial on Advanced Medical Visualization. Most of the big shots in the medical visualization area contributed to this event and talked about ongoing research and the current state of the art in medical visualization. Anna Vilanova and Bernhard Preim were the hosts of this tutorial and introduced it. 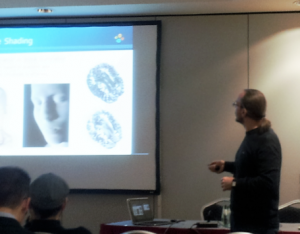 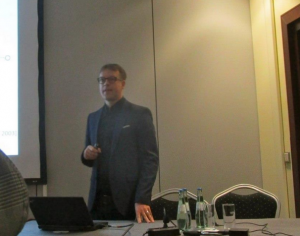 In the second half of this talk Timo Ropinski spoke about shading techniques for volume rendering. He gave a nice overview of different algorithms and discussed what kind of technique is useful for what purposes. 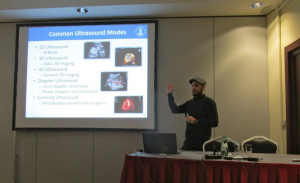 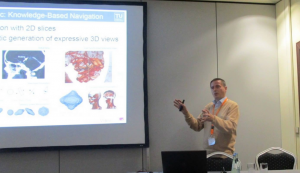 The last talk before the coffee break was given by Eduard Gröller. His talk was entitled “Simplifying Medical Visualization through Sparse Interaction and Reformation“. He explained the concept of curved planar reformation and showed other applications where it makes sense to reformat data sets. Here, he gave an example of the left ventricle of the human heart. 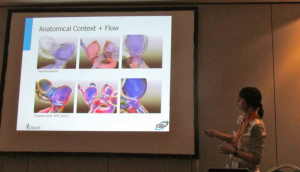 After the coffee break, Anna Vilanova talked about blood flow. She talked about the characteristics of cardio-vascular diseases and explained the details on how to obtain blood flow data that can be visualized. Afterwards, she gave illustrative visualization examples applied to vessels and blood flow. 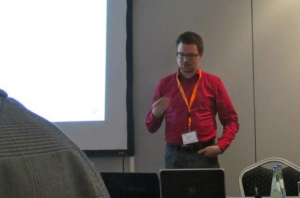 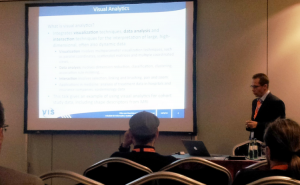 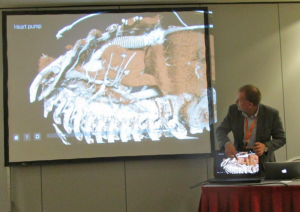 The next talk was given by Anders Ynnerman on interactive visualization of whole-body medical volume data. He mentioned the virtual autopsy as an application for this techniques, where the whole body is scanned. Afterwards, the data can be analyzed to figure out the cause of the death. Furthermore, another application was presented using visualization for analysis of a mummy inside a coffin. 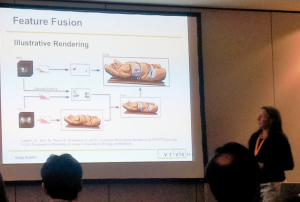 Then, Katja Bühler talked about visual fusion of multi-modal and multi-parametric image data. She mentioned various examples where data are fused to visualize the results, e.g., multi-volume ray casting. Here, some examples such as the combined visualization of PET/CT were shown.

The last talk before the question round is given by Rüdiger Westermann. His talk was about GPU-based biomechanical simulations and steering. In the talk, he presented examples in elastic body simulation, cutting for virtual surgery simulation, and hip-joint implant procedure planning. 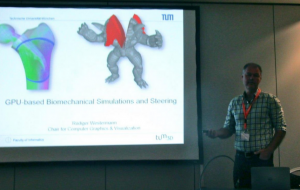 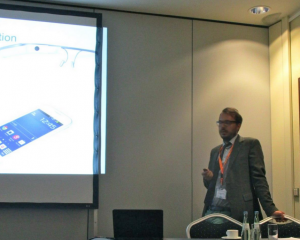 The last talk was given by Christoph Bichlmeier on creating an open API for the first digital operating microscope. He works for ARRI and presented recent developments. He also introduced an SDK that allows users to develop their own applications.

After the break, the tutorial was finished with a big panel discussion about open problems in medical image analysis and visualization.